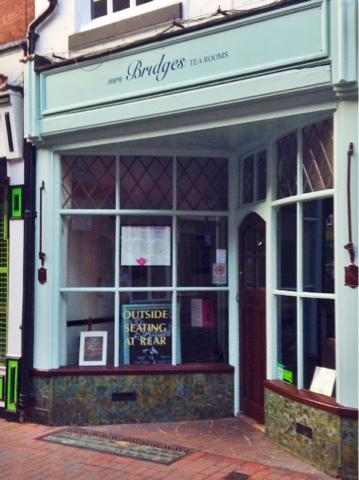 On Wednesday after weigh in my husband Tom and I usually have a treat meal. Now some people don't agree with this but it tends to keep us sane and help us carry on the next week being good! I was craving sandwiches (of all the things right!) So we decided to go to Mrs Bridges tea rooms. Neither of us had been before but we walk past every night on our way home from work so had often drooled over the menu! 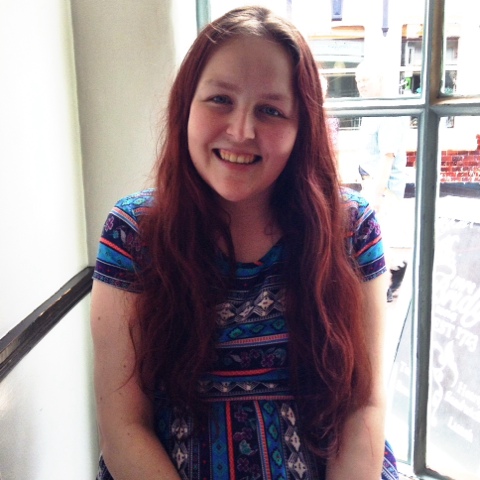 We sat just inside the doors right by the window as it was lovely and light. They have a really extensive menu. They do breakfasts (French toast with maple and bacon anyone?) lunch, light bites, classics, mains, sandwiches ... the list is endless. I was very tempted by almost all of the sandwiches but in the end we decided on the afternoon tea. 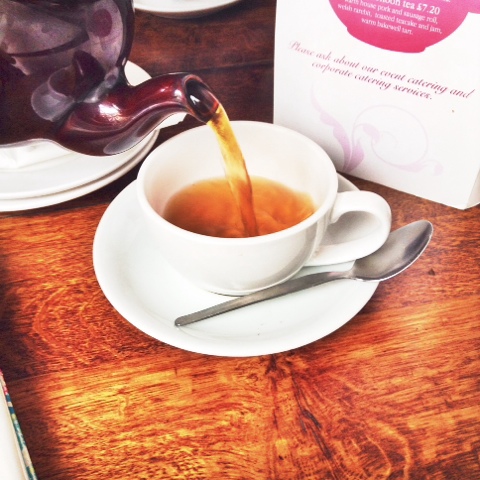 A waitress came over and took our order and with the afternoon tea you get a choice of sandwiches so we opted for coronation chicken and cheese and chutney. We also chose a pot of earl grey tea and managed to get 2 and a half cups each out of it! 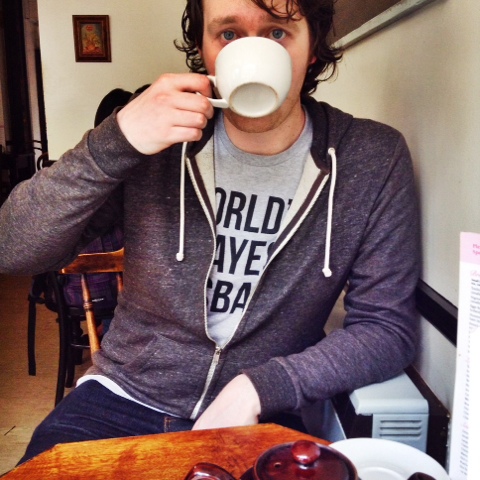 While we were waiting for our food to arrive we had a good little chat and a moan (How very British of us). Just in case anyone is wondering his tshirt says world's okayest husband! 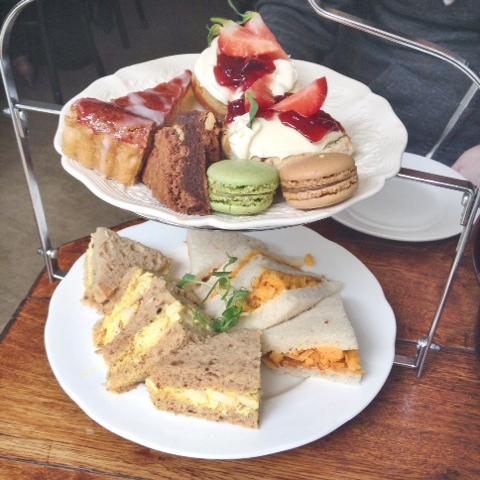 When the food came my eyes lit up! We had obviously chosen the sandwiches but the selection of cakes was a mystery to me and I LOVE macaroons but before have only been able to get them in London! Our sandwiches were the freshest I have ever tasted and the fillings were simple but done beautifully. I could have eaten a bowl of the coronation chicken on its own!

Then the desserts ... oh my. The scones with clotted cream, jam and strawberries were heaven. The chocolate brownie was rich and indulgent. The homemade bakewell tart was so soft and the flavours were just perfect ... and the macaroons did not disappoint! I may well have to go in just to buy more of them!!

It came to £14.40 which for the two of us I thought was more than reasonable and I will defiantly be going again!!