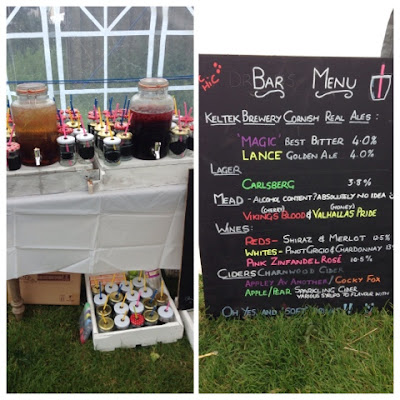 On the 20th June I was invited to the hand fasting of Sharon and Graham. I used to work with Sharon and she's like a big sister to me so I was so excited! For weeks leading up to it it was all we could talk about at work. Nobody really knew what to expect because none of us had ever been to a hand fasting before. To tell you the truth I had never even heard of one until I met Sharon! We all got on the minibus at work and I felt sorry for the driver! We're a bit crazy. He got totally lost, and we were all trying to direct him but we got there in the end!

When we arrived there were cocktails for us, all we had to do was grab a jar, write our name on it and fill it with whatever we want! I had a little try of both and they were beautiful!! 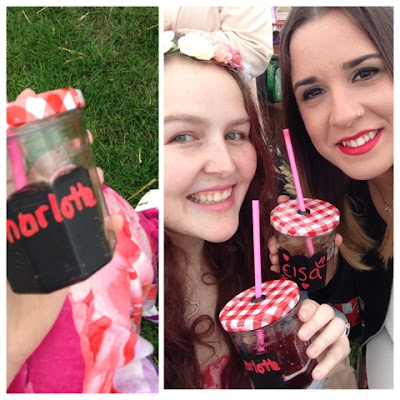 We had a bit of time milling around and of course taking lots of selfies! Then when it was time for the ceremony we all headed over to the other side of the field. 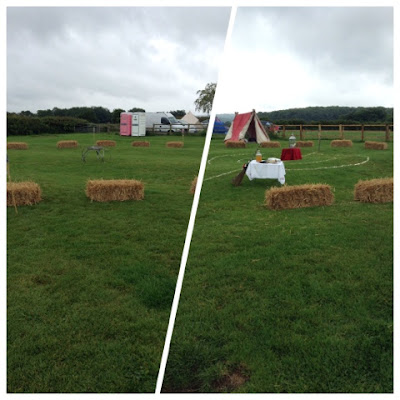 The field was set up beautifully with hay bales all around in a circle. A handfasting is an old pagan tradition that actually dates back to the times of the celts. Initially it was more like and engagement than a marriage because couples promise to love each other as long as the love will last. I found this really beautiful. I sometimes think that marriage in the UK pushes people to make vows they cannot possibly promise, but this was different. It was really about the love of Sharon and Graham and I believe that was felt by all on the day.

At the start of the ceremony there was a staff passed round and this is to create a community so that everyone is joined together for the same reason. 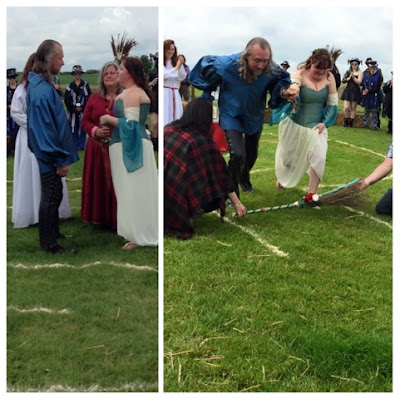 On the floor there was a maze or labryinth and the bride and groom were both asked to enter at one side one at a time. They were both told they would be entering of their own free will. They then met in the middle and exchanged their vows and I think that everyone at that ceremony felt quite a bit emotional!! They then had their hands tied together (You've heard of a couple tying the knot right?) and left the maze together to enter their new life together. The colours of the cord represent different things. Red is for passion and sexual health, Yellow for strength, happiness and forgiveness. Blue is for peace, healing and calm, Green is for fertility and white is for faithfulness. The couple choose how long they remain bound together and Sharon and Graham kept theres until we had all been round the labyrinth and passed under their arms.

They then passed around mead and shortbread biscuits which is to nurture and sustain the community, as they are given they say may you never thirst and may you never hunger. Jumping the besom at the end is the final stage of entering their new life together and is held by a newly married or handfasted couple, hoping to pass on their happiness. 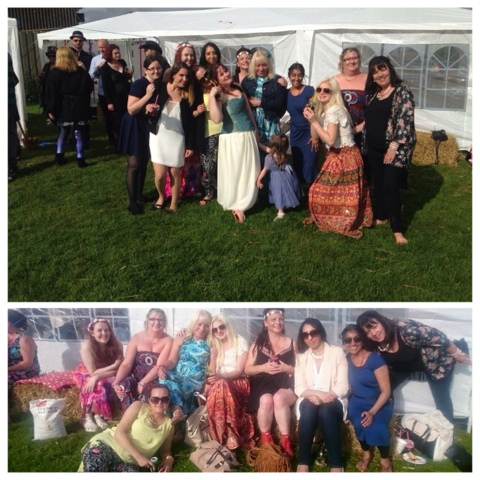 We then watched the morris dancers! I love watching people show off their talents! I don't think I would be very good at morris dancing - my co-ordination is not my strong point! We then went over into the barn for a buffet! I don't think I have ever eaten so much in my life!! There were sandwiches, samosas, cheese, chutneys ...  you name it, it was there! We followed it with scones, clotted cream and jam and then I can honestly say I was fit to burst!

We then went back over to the field and had more to drink (I stuck to soft drinks from then on as I can't drink very much) and we really got to know each other! The pictures above are my lovely colleagues! We all really clicked and I can genuinely say I felt blessed to be surrounded by these lovely people. 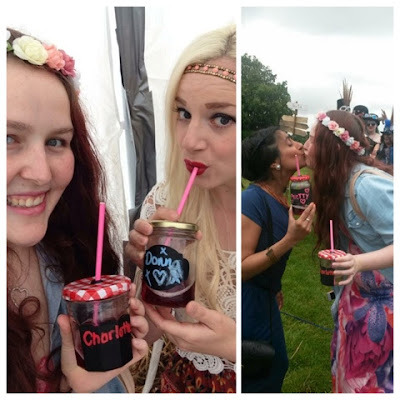 As it started to get darker the fire pits were lit and out came the hog roast! Now if you haven't guessed I am a bit of a foodie and as soon as someone says food I am there! There was the pork, apple sauce, stuffing, roast potatoes and crackling! Now I'm not over reacting here but the crackling was too die for! Donna (on the left) and I ate a whole plate of it between us!!

When our taxi arrived to take us home we were all high on life, and had all had a fantastic day. Thankyou so much to Sharon and Graham for inviting me to be a part of it!