LIFE: Why I'm Donating My Hair To The Little Princess Trust 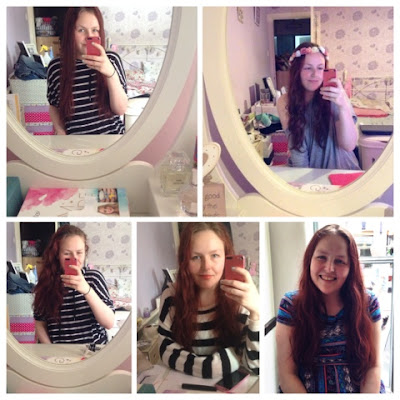 I don't think I have mentioned it on here before, but I LOVE my hair. Like if for the last few years you were to ask me what my best feature is I would say my hair. At some point I have probably hated every part of my body at some point in my life but not my hair, and it has been long almost all of my life. I have always thought about cutting it off but been far too scared and nervous so why now?

I mentioned on facebook that I was indecisive about having it cut and after a hugely mixed response, it was suggested by a friend that I donated it to The Little Princess Trust. If you haven't heard of them they are a charity that provides real hair wigs to children that have lost their hair through cancer treatmeant. It sounds such a lovely cause that there and then I decided I was doing it!!

So that's what I am doing, July 21st I will be cutting 7 to 10 Inches off my hair!! If you would like to donate then you can do Here but I will be doing a full before and after for you!!