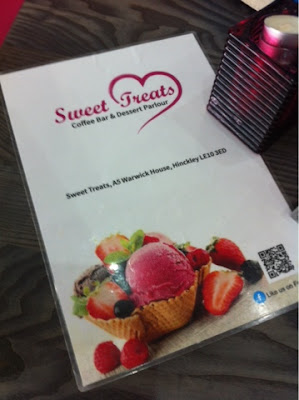 On friday evening while staying at my friend Sammie's house we decided that instead of going for dinner we would just have dessert. Well when there was a dessert parlour not far down the road it would be rude not to right? So off we went to Sweet treats dessert parlour in Hinckley. They have two branches at the moment, the other being in Atherstone, but with their popularity I wouldn't be surprised if the grow rapidly! 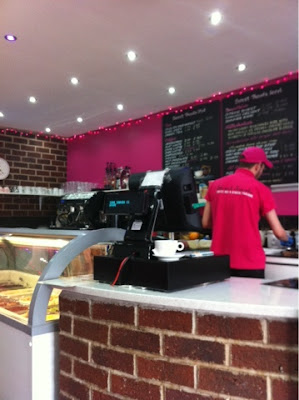 They have a wide range of desserts from waffles, pancakes, ice creams and milkshakes, I was literally spoilt for choice! The place itself reminds me of a rather cool looking American diner with pink leather stools and pink fairy lights! 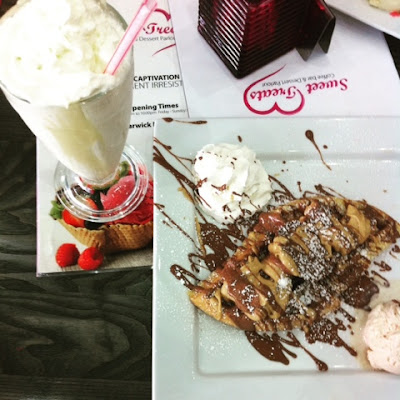 After deliberation I decided to go for a waffle and a milkshake from the specials menu! I order half a waffle and I am so glad I did because I could never have finished the whole one! I went for the peanut butter one, which consisted of a waffle covered in chocolate sauce, peanut butter, whipped cream, peanut butter ice cream AND a peanut butter cup! It tasted like heaven in my mouth ... maybe that's an over exaggeration? No I don't think it is. 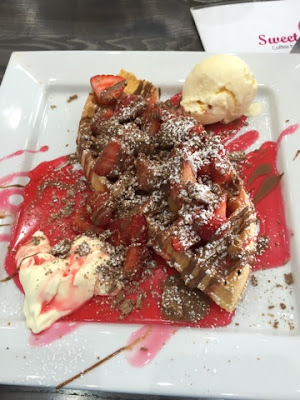 Also off the specials I went for the White Belgian chocolate milkshake, which was an odd choice for me as I'm not the biggest fan of white chocolate! It was lovely, creamy and thick. I paid just under £10 for both and I thought that was really good for what we had! If you want to check them out head over to there Facebook page here ... I strongly recommend it!