DREAM DIARIES: 10 dreams I have had recently ... 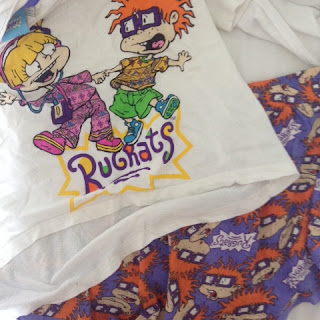 For as long as I can remember I have had weird and vivid dreams. I have been dreaming that someone is chasing me, and woke up screaming. I used to have a recurring nightmare that I turned up for sunday school and there was a dead almost like cartoon character child in the doorway that would wake up and start chasing us.

Recently though I started documenting my dreams as soon as I woke up to try and get the detail. Here are some of the most memorable dreams from the past month or so ...

1. That my food blogger friends Ellie and Emily had taken me out for dinner and we had the most amazing nachos. They then tried to convince me that jumping onto a moving train was a good idea.

2. That blogosphere magazine had announced they were putting Lydia of Lucy and Lydia on the front of there magazine and there was outrage that they hadn't included both Twins

3. That I am desperate for the toilet but every time I go into one there is some reason I can't use it e.g. It's blocked or there is no door etc. This is a recurring dream that usually results in me waking up desperate for the loo ...

4. That my very heavily pregnant friend came and woke me up from a nap because she wanted to go on a bar crawl to the pub next door and the one across the road. She said she didnt care that she couldn't drink she just wanted to buy me cocktails. I refused because my bed was more appealing.

5. That my cat had a hole in his side and was just strutting around the house and my husband refused to take me to the vets with him because he looked fine.

6. That I started a youtube channel and got 2 million followers in the first 24 hours and my best friend fell out with me over it because she said it wasnt fair on her.

7. That my blood pressure was going haywire, and I had to wear a device that measured my blood pressure every 15 minutes and they told me that if my blood pressure was over 180 systolic I would have to go into hospital (for context mine is usally around 105) and It was 235. I was trying to find a hospital but I kept collapsing. I collapsed in marks and spencers and the security guard started shouting at me. When I finally got to the hospital there was no record of my birth ....

8. That even though I am 26 my parents insisted that while they were on holiday I go and I had to go and stay with some neighbours (Even though Im married and dont live with them) as an act of rebellion I decided to go to an all night ice cream parlour, but my debit card got eaten by the machine and I ended up ringing my neighbour to fetch me in the middle of the night.

9. I was out at a party with my blogger friend Hannah. My mom was waiting at home for me to ring her and get her to pick me up. We were drinking these shots and I blacked out. Next thing I woke up and we were at this pool party (If you watch gossip girl youll know the one) I was getting upset because nobody would let me ring my mom and I knew she'd be worrying about me!

10. That I was on a league of their own with Taylor Swift but then a load of the local bloggers showed up and started boooing me and saying I was a fraud!

Can anyone give my any insight into these? I am genuinely stumped. For context this has been in the space of about a month. I have such vivid dreams most nights but on quite a few I wake up and have no idea what I dreamed about!

Do you know I have a fashion blog? Read it here