The last two weeks are kind of a blur.

I missed this post last week because I worked all weekend, and this week has been much of the same. I definately know that I have been doing too much because on my day off on Thursday I crashed. I was meant to be going to a Lush Event and also Crufts but a mix of too many hours at work, not enough fluid and period pain on top led to a fibro flare of epic proportions and so I have ended up having to take a few days rest when there was so much else I wanted to be doing.

The thing with my chronic illness is that I have it pretty well controlled until I try and push my limits. Thats when it all goes tits up. 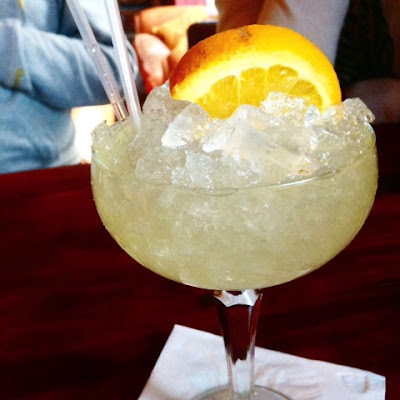 On Thursday it was my 4th wedding anniversary and as we had to take my Nana to a hospital appontment we decided to go to Centro Lounge afterwards and I had the most gorgeous margerita. I tend to get dizzy if I drink more than one drink on my citalopram so I always chose wisely and I definately made the right choice here! It was gorgeous 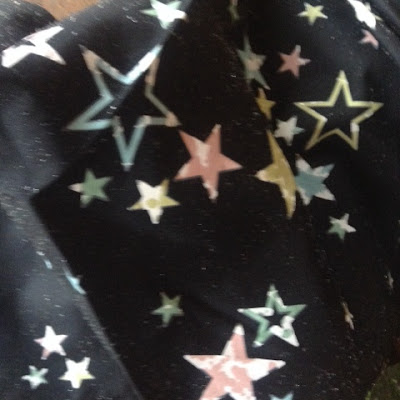 
I don't like the rain in the slightest but if I must go into it why not take this brolly I got from primark. For £5 the stars change colour when they get wet! 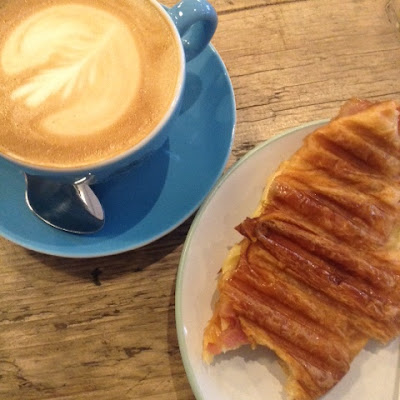 Have I mentioned my new favourite coffee shop? Located on Belvoir street in Leicester I popped in not long ago and fell in love. Its a heady mix of the warm, comfy interior, the friendly staff and the delicious food and drink! I find with my IBS that if I have coffe with milk I am poorly, but find soya milk has a funny taste. Oatly however doesn't alter the taste of the coffee and as the only place in Leicester to serve this as their dairy free alternative I no longer go anywhere else for my coffee fix! 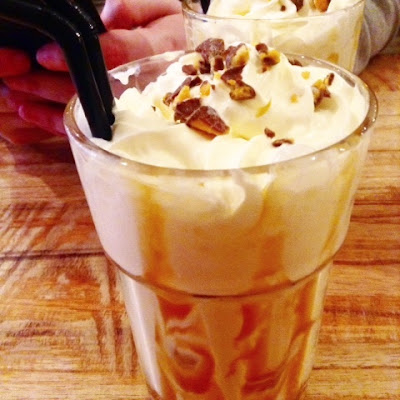 4. Lunch and A Catch Up with Rebecca

I don't see my blogger friends enough so pretty last minute plans to meet Rebecca for lunch were very welcome. We had a much needed catch up and daytime drinking at Boneyard in Leicester. Ive actually been twice in the last week and I think the food is pretty poor. The street food is good but the burgers are overpiced and definately dont live up to the amazing burgers you can get in Leicester. However, the cocktails are AMAZING and so I would recommend going there for drinks 100% 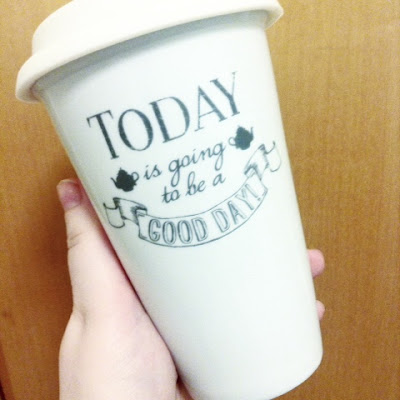 I used to drink a lot of energy drinks at work until last month I had some really scary palpitations in the middle of town after a run of night shifts. I was shaking, my palms were sweating and I could feel my heart leaping out of my chest. It is worse than anything I have ever experienced and it scared me to death. I have been trying since then to cut down a lot on the caffiene I have been drinking and have been having lots of cups of decaf tea! 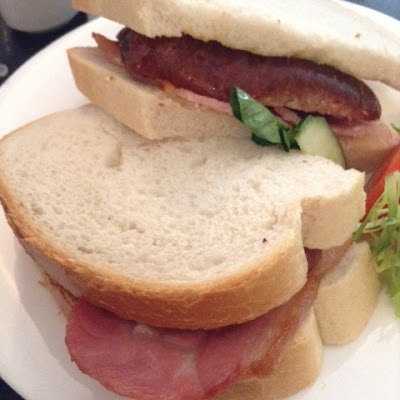 6. Mrs Bridges all the time.

Ok, so maybe not all the time but when I was crazing a full english after my nights who sorted me out? Mrs Bridges. When we needed a bacon sandwich before the beer festival who was there for us? Mrs Bridges. The small cafe has such an extensive menu that I don't know how they manage to make everything tast so fresh and such high quality every time! 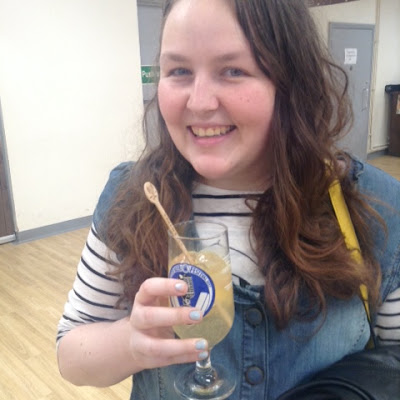 When Tom said he wanted to go to the Leicester Beer Festival I decided to go along with him as the good wife I am. Who would have I known I would get talking to the guys from the Blackhorse in Aylestone at their gin bar and fall in love with gin?? I tried two gins (and couldn't actually tell you what they were but the tasted delicious!)

So thats been my busy two weeks! Im back at work doing another 50 hours next week which I really need to cut down but for now its just not possible so I just have to keep swimming along and doing the best I can to look after myself!