Discovering My IBS Triggers With The Food Diary Co 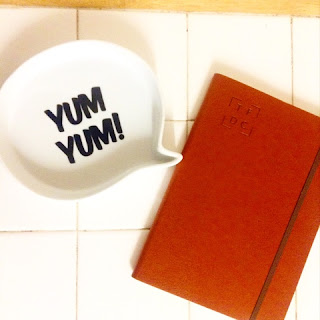 You will know by now I have IBS. If you didn't this is probably your first time on this blog, so in that case hello my name is Charlotte and IBS has been part of my life for the past 13 years (or half my life if you want to look it it like that.)

I am also an anxiety sufferer and I am stuck in a bit of a chicken or the egg situation with my bowels and my mind, which is causing which and which should I focus on first in the ongoing battle to live a happy, pain free life. As it turns out tackling both at the same time seems to be the only way to truly see whats making it worse.

When I discovered The Food Diary Co on twitter I messaged them straight away to see if they would like to work with me (something I struggle with doing) and was thrilled when they said Yes! These diaries are the first I have seen that as well as being a conventional diary also have spaces to write things such as stress levels and sleep!

This is where the diary has really come into its own for me. After trying and failing the FODMAP diet and finding that while on Symprove I was going to the toilet even more a day then normal (which could be anywhere from 3 to 30!) I was constantly tying myself in knots of what I could and couldn't eat. I wouldn't go anywhere I didn't know where there was a loo and I had a long list in my head of things I thought would make me poorly.

It didn't take long using the diary though to realise that the anxiety I held around eating was meaning that anything I didn't consider safe would cause me to panic before I ate it and set the whole cycle in motion. I will be going into detail with this in a later post but thanks to the diary I realised that getting my mind in a state of calm before eating would inevitably mean less side effects after!

Its not as straight forward as my IBS is cured (wouldn't that be nice?) and I am still continuing to use the diary to discover what my triggers are but I couldn't recommend it enough! Keep an eye out for future updates but please make sure to go follow The Food Diary Co!