You may or may not know, I am a theatre geek. The most common phrase of my teenage years was "I can't I have rehearsals." If money was no object I would spend every night of my week at the theatre seeing shows, ideally musicals and I would never get bored. The theatre always felt like home to me, until after moving to uni and becoming busy I stopped performing. I then was too ill to work and money also dried up. The more time I spent away from performing the more anxiety I gained around it. However, my wonderful hubby kept taking me to London for my birthday each year to see a show and now I am trying to take myself AT LEAST once a month to see the shows. It only takes the overture to start playing to fill me with the familiar feeling of how much I want to be back on that stage.

So, what I thought I would do is a monthly blog post showcasing the shows that will be in the midlands this month. Although I live in Leicester, travelling to Derby, Nottingham, Birmingham and Wolverhampton are all places I would go for a good show, especially as I spend a couple of weekends a month in Dudley.

So whats on my radar this month? 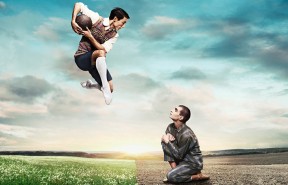 Based on John Boyne's film, the boy in the striped Pyjamas in special arrangement with Miramax the curve will be presenting the Nothern Ballets ballet by the same name. If you are not familiar with the story the wealthy boy Bruno doesn't understand really why he is seperated by a chain fence from Schmuel, or why he is always wearing striped pyjamas. This emotive story will more than likely be enhanced by the medium of ballet and I am lucky enough to be going to see this on Friday*! Look out for a review at the weekend

Tickets from £10 and you can buy them here 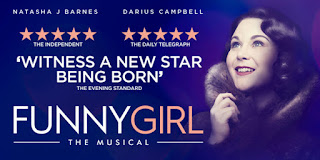 Funny Girl has been on my radar for a while, having opened in Broadway back in 1964. Based on the life of the broadway star Fanny Brice, this semi biographical show takes you on a journey through her life. I mean how could you not want to see the show that gave Barbra Streisand her break in the lead role in the original production?

Tickets are priced from £20 and can be bought here.

The song you'll be singing all the way home? Don't Rain On My Parade 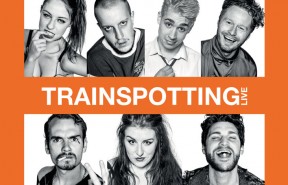 Advertised as a an immersive production, I was intrigued when I first saw this advertised. Especially when I read that the audience are literally part of the show. Its amazing to see how theatre is evolving and changing all the time and I am immensley excited to see this!* Again look out for a review near the end of the month
Tickets are priced from £18 and you can buy them here 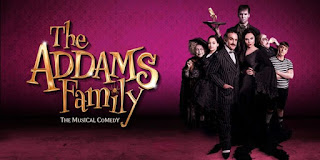 I'll admit, I hadnt even heard of this musical until I started researching for this post! However as the Addams family values was one of my absolute favourite films as a child I feel I need to get my bum to this as soon as I can for the nostalgia!

Nottingham are priced from £18 and can be bought here

I cant tell you which song you'll be singing all the way home as I havent heard the soundtrack yet! 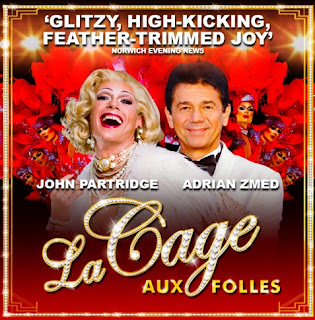 I challenge anyone to come out of this musical without a smile on their face. With the dancing, the singing and the sequinned costumes you are in for a night of glitz and glamour. George and Albin (the drag queen) live an excessive life of glamour but all is about to change when they have to meet the right wing parents of their newly engaged son. The performance starring John Partridge (West End star (whos credits include A Chorus Line, Starlight Express, Cats and Chicago) is one thats not to miss!

Tickets are priced from £24.50 and can be bought here

The song you'll be singing all the way home? Im torn between the iconic I Am What I Am and A Little More Mascara

So thats what is on the menu this month! I hope you liked this post as I will be bringing it back monthly and also trying to create a budget for myself to get out and see a few more shows each month!
Charlotte Lucy
* Tickets to these shows have kindly been provided to me by the PR Teams at the theatre, but as always opinions are always my own.
Posted by Charlotte Lucy at 08:00:00