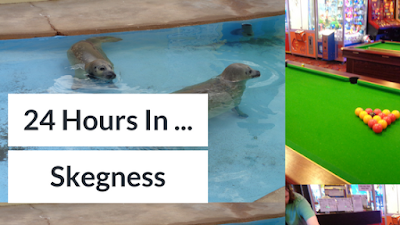 Welcome to a new series on the blog! One of my goals for this year was to get my IBS and Anxiety cycle under control enough so that I could go on weekends away and longer road trips. Previously road trips were hell on earth as I was always worrying about where the nearest toilet stop was. However at this weekend I managed a 2 and a half trip without giving it much of a thought and its spurred me on to do more exploring of the UK. Whenever I do this I will be bringing you a fully loaded post with everything we did in 24, 48 or 72 hours. I will start the timer as soon as we arrive and off we go! 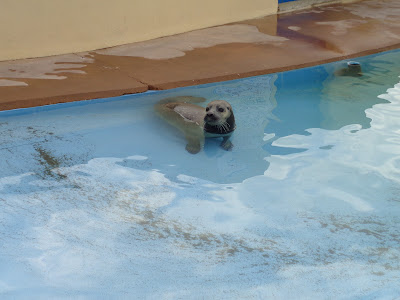 The first thing we did when we arrived was go the Natureland Seal Sanctuary! I am a total animal lover and we got there just in time for feeding time in the baby seal pool. After a really informative talk we were introduced to Donald and Dennis. I didn't realise that it costs on average £2000 to rescue a seal, from food to vets bills, and then they are realised back into the sea. The project gets no outside funding and relies totally on visitors and support from projects such as adopting a seal. As they were being fed a seagull swooped in and stole a a whole fish! I wish I had have been quick enough to capture it on camera.

The sanctuary is also home to meerkats, crocodiles, alpacas and other animals! 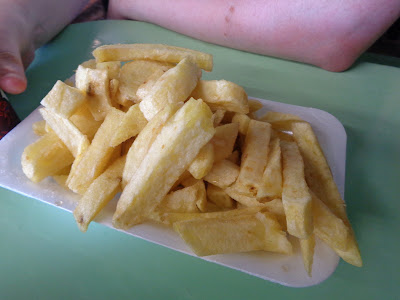 After walking around there we walked through all the amusement parks on the seafront (I tried to convince Tom to go on the rides but he wouldn't haha) and we found that we had worked up quite an appetite!  So we went to Tony's chippy (chosen purely because it had the shortest queue) and we weren't disappointed. I covered them in salt and vinegar and we sat in the blistering heat with no breeze eating them! Haha. I am not a hot weather girl. 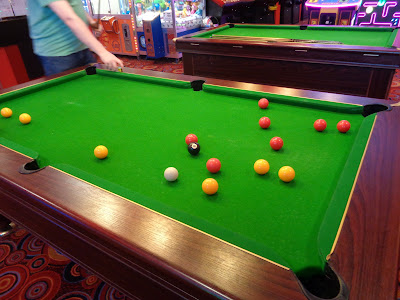 We then went into one of the arcades along the front to escape the sun for a bit and we played on the 2p machines, played pool and also played on the pacman machine! Then I won myself a teddy on one of the crane machines. I had such fun as it was like being a child again. 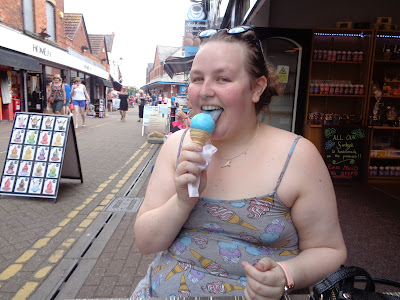 We then decided that we couldn't leave the seaside without having an ice cream! A quick google told us that the best place to go was Indulgence. Off the main street in the town they have homemade milkshakes, ice cream and fudge. I went for the bubblegum flavour as although it is my absolute favourite I very rarely have it as it doesn't mix well with other flavours! I really want to go back and try the fudge and the milkshakes! Also as I was wearing an ice cream print dress and so really it was only fitting! 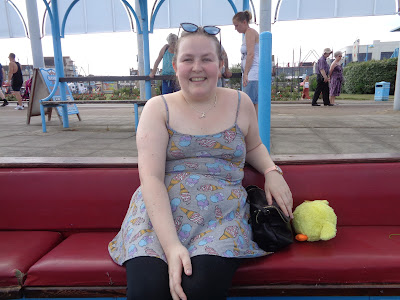 We then jumped onto a little boat down by the clock tower to take us back down to where our car was parked. It was £3.50 each for a one way ticket and I found it so relaxing! My legs were tired from all the walking and also for me water makes me calm. Whether its the sea, a lake, a stream its like it just switches something in my brain that instantly chills me! When we got to the car it was time to drive 10 minutes to the village of Burgh Le Marsh where we would be spending the night! 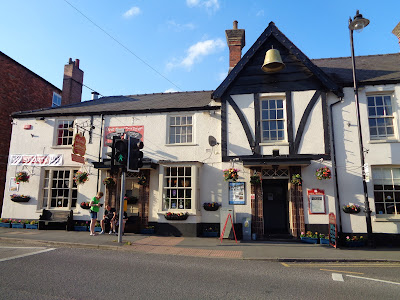 As we had booked very very last minute (we decided on Thursday night that we wanted to go) there was only ONE room left on late rooms so we were a little bit apprehensive. We shouldn't have worried though as when we turned up at the Bell we were greeted with a warm welcome and shown to our room. The hotel has (I think) 11 bedrooms and 3 self contained cottages. We paid £75 for the night and our room was a triple room including breakfast. The facilities were fantastic, free wifi, a desk in the room, clean bathroom and free biscuits! What more could you ask for? Toiletries were also provided in the bathroom and I have to commend them on the amount of tea and coffee left in the room! Most places these days leave you one or two tea bags but we had more than enough for the two of us! 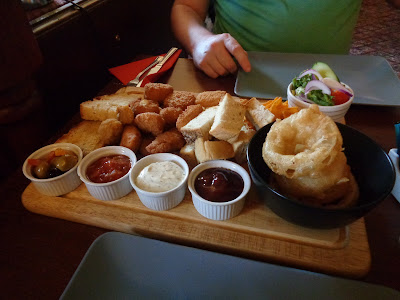 We decided to book a table in the pub for our dinner and we were overwhelmed! All of the starters looked good so we opted for a sharing platter for £9.95 and couldn't believe the size of it when it came! Piled high with homemade bread, olives, scampi, goujons, onion rings, brie wedges, Camembert bites and nachos! Now, every single component of this meal was done to perfection, not like the usual microwaved offerings you tend to get from most pubs! 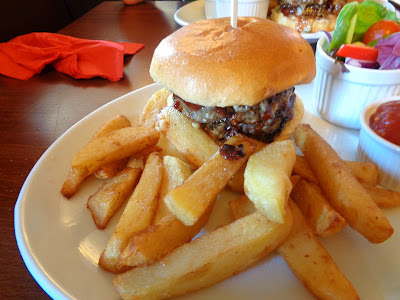 If your mouth was watering at the starter the main was even more divine. We both ordered the black and blue burgers (although there was a really extensive choice of meals including the usual pub favourites such as fish and chips along with curries and specials!). When it came my eyes nearly popped out of my head at the sight of TWO burgers curved with oozing blue cheese and barbecue sauce. Every bite almost had a different taste through the smokiness of the BBQ sauce, to the salty cheese.

The chips were possibly the best I have ever tasted and reminded me of my favourite chips that my friend Leanne's dad used to cook for us! Talk about nostalgia, I love how a taste can take you back to a moment just like that! 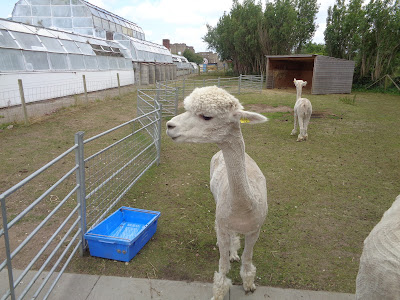 After a good nights sleep we went down for breakfast and I'm happy to report that the food was just as fantastic as it had been the night before! I forgot to take my camera down and so I thought you could have a picture of an alpaca! There hair is so fluffy!

After breakfast we packed up our things and headed back to Leicester. I have injured my back and so sitting in a car for two hours was an experience! We had a fantastic time and I am looking forward to making the most of my weekends again. Also if you weren't convinced by how much we loved the hotel - we've booked on of the cottages for bank holiday weekend!

Do you like Skegness? Let me know below if there are any places we should visit when we go Bank Holiday!