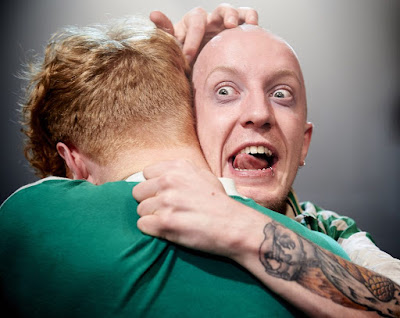 I am not sure how to start this post because last night I feel like I went on an amazing night out courtesy of Trainspotting Live at The Curve. When I saw the adverts for it I was a bit apprehensive but I am so glad I went along and I think anyone who is a fan of the film should definitely see this! Anywhere that you are handed a glow stick and a pair of earplugs before you take your seat is surely going to be good right?

The list of warnings include loud noises, strong language, strobe lighting, claustrophobia, nudity ... basically it is not for the faint hearted! I was slightly worried about the claustrophobia but It was actually fine. Also when they say its immersive they really mean it! If interacting with the cast makes you uncomfortable make sure you buy a ticket for one of the seats! 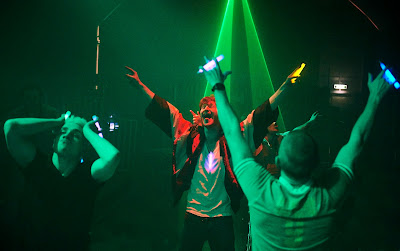 From the start when we enter the theatre in a club and take our seats you are fully immersed in the show. My husband put it the best when he said you felt like the actors were putting a show on just for you. It was 75 minutes of being in trainspotting, not merely watching from a distance but actually being there and seeing exactly what they did. I didn't know that Harry Gibson's original stage adaptation came before the film.

Imagine all the iconic bits from the film - yes including that toilet scene - knitted together and shown by a group of really talented young actors. Its hard to really put into words how good this was, I really think you have to see it to really understand! It will be at The Curve until Saturday when it moves to Sheffield to carry on its UK tour where it will carry on until it finishes at Edinburgh Fringe in the summer!

Thank you once again to the curve for inviting me!


Charlotte Lucy
I was provided two tickets in exchange for a review but as always the comments and views are all my own! 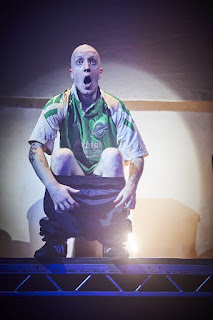