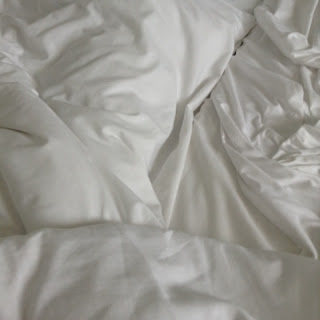 You know here on my blog I like to be honest. Well honestly for a while I have been in denial about my Gynae health. Theres a few posts I could write to go into more detail but one thing that's important for you to know is that back in May 2015 I had a consultant told me I wasn't in pain. As someone who has been suffering from chronic pain for about 8 years now this threw me. When you are constantly going for scans and they find nothing (OK so not nothing, in 2010 I had my gallbladder removed, in 2011 I had a cyst removed and then in 2013 I had pancreatitis) However on several of my hospital admissions the scans showed nothing. The blood tests showed nothing. Most of the doctors I was under were as puzzled as me, and referred me to the pain team who were fantastic. They acknowledged the pain, and said although they couldn't find a course they wanted to help me manage the pain. So after this consultant, we will refer to him as Doctor Dickhead, told me that I wasn't in pain, my anxiety went into overdrive and I stopped going to professionals for help. It sounds silly now but I ignored my appointment letters and decided I would just have to get on with it myself.

Back in October 2016 I was on a night shift when I felt this excruciating pain in my left side. I took paracetamol and carried on but during the course of an hour it went from bad to worse and so Tom came to pick me up from work. I didn't want to go and see anyone even then but as nothing was touching the pain I surrendered and went to the walk in centre. I ended up being admitted to the Gynae Assessment Unit for pain control and the next day an ultrasound scan which revealed a 10cm cyst on my left ovary. The consultant said she would book me in for surgery 4 day later and I cried like a baby. I think she thought I was scared for the surgery, which you know I was slightly apprehensive, but to have someone validate my pain after so long just broke my heart. After thinking it was all in my head and being told that by someone I trusted, it was almost too much to take in.

The surgery went ahead, laporoscopically and despite a few minor hiccups (like an air bubble in my lung and an infected wound) I got back on my feet. Then my periods started getting more painful again. I finally saw my GP last week and then on Thursday night I was back at square one. Left sided increasing pain, nausea ... walk in centre followed by surprise surprise the GAU.

I am now at home resting and waiting for a scan tomorrow morning. I am on so many strong dose painkillers and antibiotics that I know my IBS is going to go downhill. My mental health is all over the place, part of me wants them to say its not a cyst because I really don't want more surgery but I am pretty convinced it is. There is a lot I need to talk to the consultant about because as its only 9 months since my last surgery, surely they cant keep opening me up?

If you've read this thank you I just needed somewhere to get this all out of my head. I know realistically I shouldn't be worrying about it too much because until I have my scan tomorrow there is nothing I can do. The pain isn't going away completely but I have open access to the unit should I need it so for now I am going to sleep some more (codeine makes me very sleepy)